MangaOwl » I bought the land, not the man 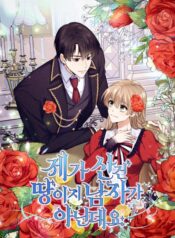 I bought the land, not the man:

Read manga I bought the land, not the man on treemanga.com She envies the life of an extra in the novel who earns money easily. One day, she possessed an extra character who is the loyal maid of the heroine in a novel. All she needs to do now is to become a rich man in the land! But… can she protect it from the cunning duke who covets her abilities? I was envious of the extra that took money more easily than the heroine of hardship, and when I imagined getting rich while looking at the land that was about to increase in value, suddenly the possessive came with a dubious voice?! Eliana, the extra loyal servant of the heroine Countess. Now all he had to do was get rich, and even the evil peacock, who was after the land where he lived, began to follow him. “Eliana. Let me do what I want.” “I do not like it!” Will he be able to protect his family from criminals who crave for his power, smile with a smart face and safely become rich?! A messy romantic comedy with a secular female lead. I Bought the Land, Not a Man /What I Bought Is Land, Not a Man